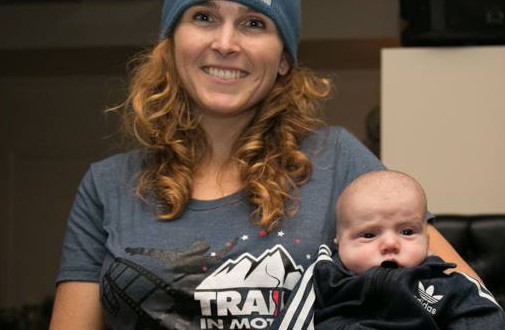 In 2009, Marline was one of the few women in Québec to participate in endurance trail running, her first race being the Vermont 50 where to her great surprise, she placed 3rd. Since then, she never ceased practicing this sport which has become her passion. She has continued to place in races throughout her very full life and her three pregnancies, becoming the first woman to complete a 100-mile race (160km) – the Bromont Ultra 2015.

She made herself an ambassador of trail running in Quebec, developing awareness of the sport by becoming involved in the organization of several events such as the Trail de la Nuit polaire, l’Ultra-Trail Harricana, the Trail hivernal Le coureur nordique and the Quebec tour of the Trails in Motion Film Festival.

Even though she was not involved in sport during her youth, she is today a contributing writer to the trail webmagazine called Distances+ in hopes of highlighting the sport and its Quebec based athletes. Marline will be dedicating 2017 to training after her third pregnancy.

As she likes to say

‘Physical activity is the main key to my global balance. Running gives me the energy I need to live a full life. Moving, being in the great outdoors and living intensely are for me an opportunity to pay tribute to this opportunity I have to be alive and in good health.’

Marline is the new general manager of the Ultra-Trail Harricana.