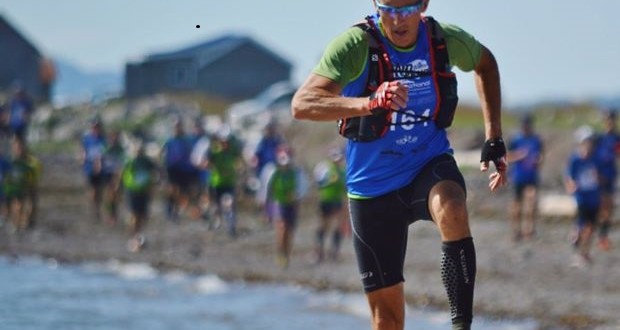 Gaston Berthelot has been running since he was 8 years old. As a young boy he loved to climb the slow running streams that lined the mountain behind his home. Four decades later, he is considered among the best runners of the Gaspésie. With an average of one and a half runs per day and over 10,000 metres of ascenion per month, running is much more than a passion for him, it is a way of life.

Even though running has been a part of Gaston Berthelot’s life for some time, long distance running only became an interest later on. While doing some research on the internet in the 1990’s he discovered European athletes capable of accomplishing great distances. Up until that time, he thought that such long outings would be impossible to accomplish. He chose to pursue a course on nutrition, competition material and race management by distance education. Today, he is admired by the young runners he encounters on the trails for his knowledge and experience. At 55 years of age, Gaston Berthelot is at the peak of his game.

Last year, he completed the Matterhorn Ultraks Trail before taking part in the G20 (40km) in preparation for the Gaspésie International Raid.