The different courses of the event, sanctioned by Athlétisme Québec and approved as a qualifying race by the International Trail Running Association, were completely updated for this second edition in order to present and promote the beautiful Gaspesian landscape even better. This year’s participants, however, had the chance to discover and appreciate other aspects of the Ultra Trail Gaspesia 100, confirming its place on the must-do list of trail running events. Despite the fog- and rain-hidden scenic views, participants were impressed by the high technical level and terrain diversity of the redesigned courses.

6 men and 1 woman took part in the 100-mile race, the weekend marquee event sponsored by Rekarb. Only one runner crossed the finish line of the challenging course, which the heavy rain, fog and wind rendered even more strenuous. French athlete Thomas Duhamel (Montréal) completed the race in 26:54:19, succeeding Nathaniel Couture and Florent Bouguin as winner of the 100-mile. 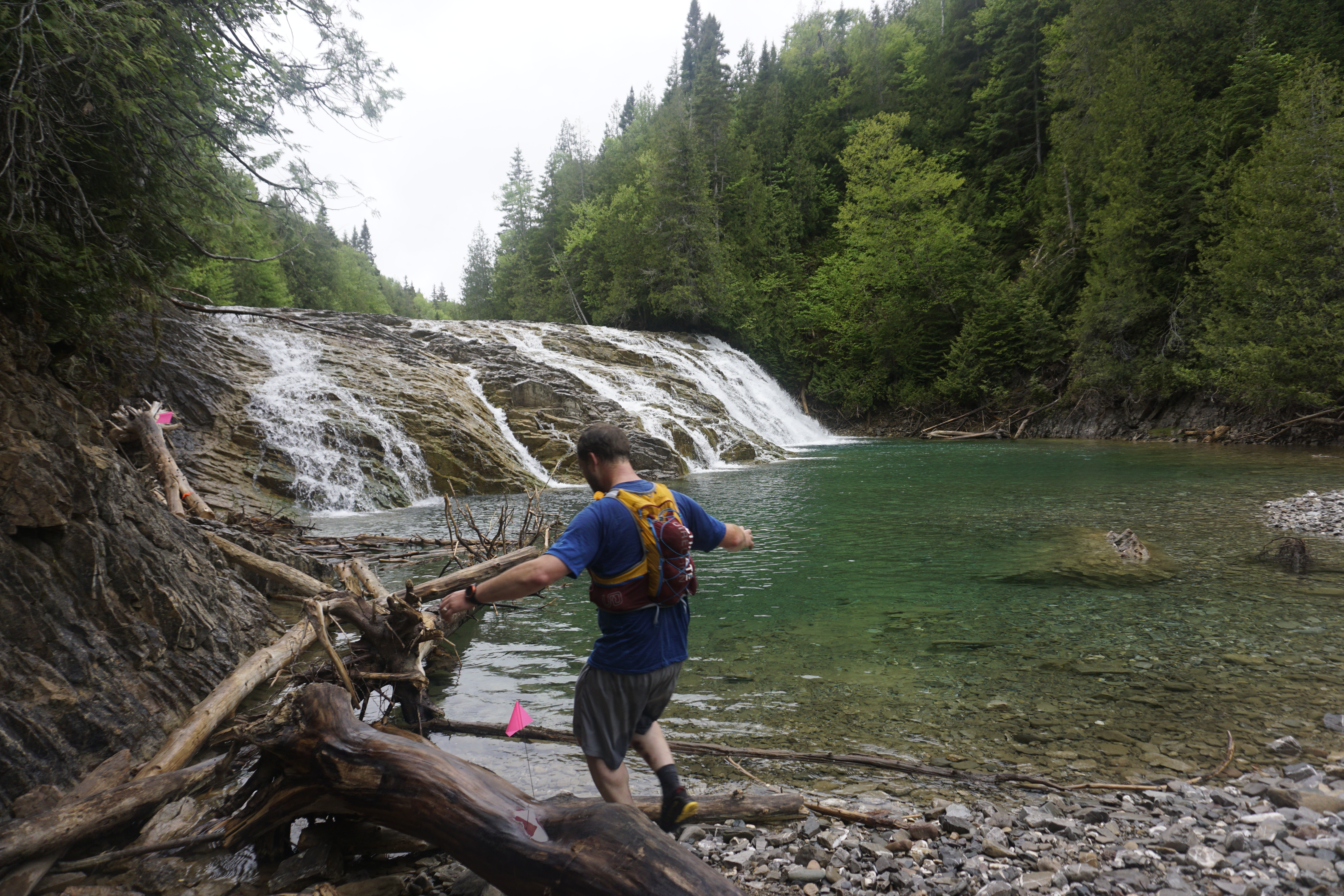 Karine Isenor (Nova Scotia) was the first woman to complete the race in 18:45:00, while Julie Michaud (Ste-Brigitte-de-Laval) and Krista Kirstead (Nova Scotia) arrived in 2nd and 3rd positions.

A very strong pack led the 44 athletes of the 53 km race. Nathaniel Couture (Fredericton), co-winner of the 2016 100-mile race, won the event with a time of 5:37:04. Daniel Barriault (St-Jérome) and Dany Collard (Montréal) complete the men’s podium.

The highest step of the women’s podium belongs to Marline Côté (Lévis), who finished in 6:21:58, followed by Jasmine Paquin (Sherbrooke) and Christine Bérubé-Martin (Maria).

For the first time this year, the Ultra Trail Gaspesia 100 held a 3-day stage race. To complete this new event, participants had to run the Moon Trail (11 km) on Friday night, the 53 km on Saturday, and the 25 km on Sunday. 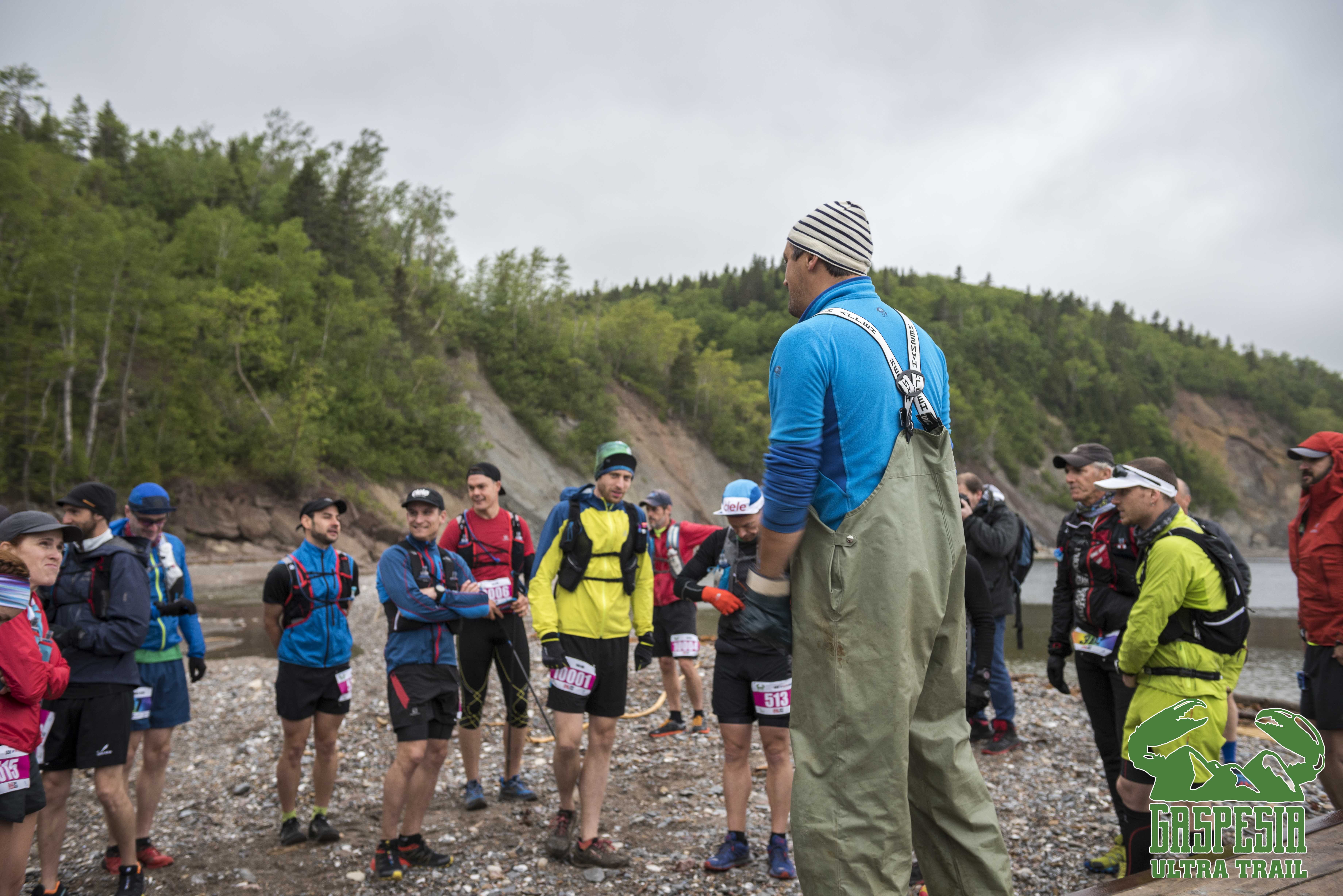 The winners of the 5 km race presented by Radio-Gaspésie on Sunday are Rudy Duguay (Gaspé) and Marélane Dupuis (Gaspé). Of particular interest is the fact that 2 young runners found their way to the men’s podium : Lubo Lacasse and Loic Côté, both 8 years-old and from Gaspé, prove that there is no lack of future participants for the next editions of the Ultra Trail Gaspesia 100.

Complete race results can be consulted online at gaspesia100.com/resultats.

The comments received from participants were unanimous : the Ultra Trail Gaspesia 100 has all it needs to establish itself as a must-do trail running event in Canada. Technical terrain and rugged trails challenged participants with steep ascents, epic descents and varied geography! All agree that they need to come back next year to finally enjoy the breathtaking and legendary landscapes that make the Gaspésie one of the World’s 3 most beautiful natural travel destinations according to the National Geographic Society.

Événements Gaspesia is already planning the 3rd edition of the Ultra Trail Gaspesia 100, which will propose similar courses in order to present the very best of the wonderful Gaspesian playground on each of its races.

In order to succeed in presenting such an important event in Percé, Événements Gaspesia can count on outstanding partners, such as Radio-Gaspésie, SADC du Rocher-Percé, City of Percé, the Tourist Office of Percé, the Parc national de l’Île-Bonaventure et du Rocher-Percé, Géoparc, Riotel, Intersport, l’Imprimerie du Havre and Rekarb.

Our Next Trail Running Activities